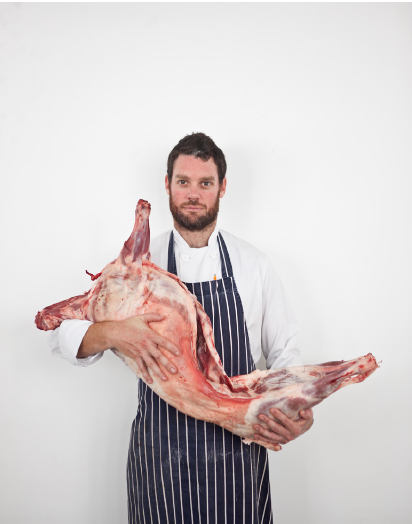 Giles Edwards has returned to Cape Town following a 10-year cooking stint in London, with 5 years under Fergus Henderson at the iconic St. John.  He opened La Tête Restaurant, on Bree St., Cape Town, in the last week of November 2016.

Edwards qualified as a chef in 2004 from the Capsicum Cookery School in Cape Town. He travelled to London shortly afterwards and started to earn his stripes in well known restaurants such as Herbert Berger’s Michelin starred 1 Lombard Street and J. Sheekey Atlantic Bar in Covent Garden. His long held ambition was to work with Fergus Henderson at St. John, an establishment widely acknowledged as having kick started the British food renaissance. Giles’ break came in 2010 when the owners opened a hotel in Leicester Square, and offered Giles a job there. Whilst waiting for the hotel to open, a sous chef position opened up at St. John, and on May 10th, 2010, 5 years to the day after landing in Heathrow Airport, he started working for Fergus Henderson at the original St. John in Smithfield, Clerkenwell.

In 2015, married to Kathryn, and with a one year old son, Giles made a return visit to Cape Town to see what was going on in the restaurant world. He was amazed with the evolution of the industry here. But he didn’t see anything that reflected the style of cooking that he had become accustomed to. He saw the gap. Giles ran a successful pop-up at TMWinery in Salt River, and began the hunt for a suitable restaurant location. He found ideal premises in an old Lion Beer public house, located near the Foreshore, on 17 Bree Street and it also happens to be in a 1930s art deco style building.

Giles has aimed to create food from the whole carcass, with nothing wasted. Beef, lamb, pork and seafood  have all featured on the menu. In La Têtes first year of being open, these are some of the dishes which have been  featured; mussels, bacon and cider, roast shallots, mint and goats cheese, pork terrine, hake, chard and anchovy, beef and kidney pudding and ox heart, chips and horseradish.

Chef Giles and his kitchen team have also been getting rave reviews for their desserts with classic offerings like poached guavas, brioche and ice cream, chocolate pots and custard tart and let’s not forget the baked to order madeleines.