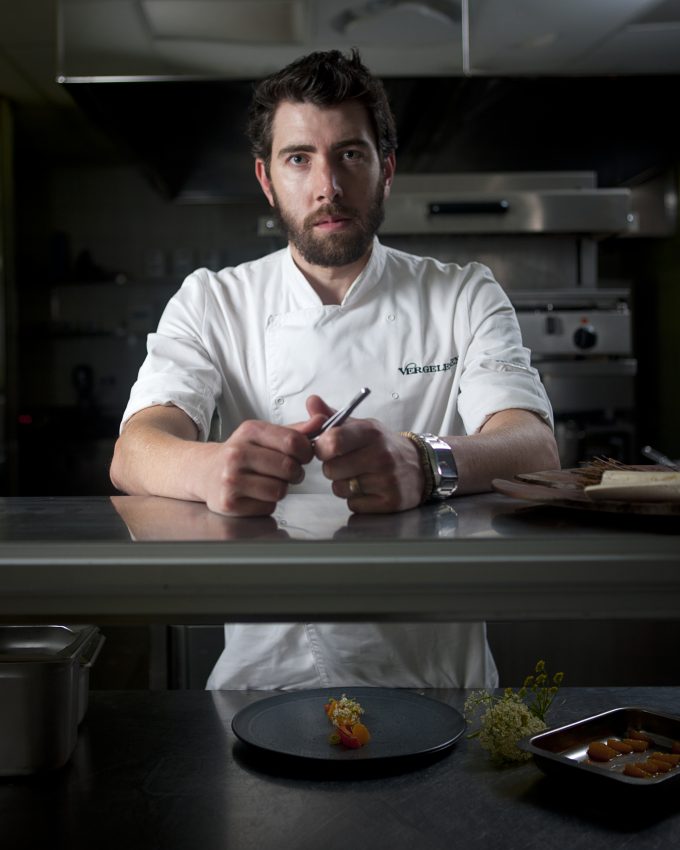 Michael Cooke has enjoyed a stellar career in food – after studying at the prestigious Institute of Culinary Arts in Stellenbosch, he then went on to sharpen his knives in many a famous kitchen both locally and abroad. Having gained Michelin star experience working in some of the top restaurants in the UK, he then went on to top posts at Cape Town’s award-winning La Colombe Restaurant and Greenhouse Restaurant in Constantia.

In 2014, Michael took over as Executive Chef of Camphors Restaurant on the historic Vergelegen Wine Estate, which has since developed a formidable culinary reputation. Within his first year the restaurant was included in the list of Top 20 Restaurants in South Africa, which has since remained within the Top 10 Restaurants in South Africa, as well as being awarded the Eat Out Woolworths Sustainability Award in 2017 for its dedication to the sustainability journey.

Michael changes his menu seasonally, constantly developing bold new flavours and dishes. He’s known for his exquisite presentation, something he says he learnt from his mentor Peter Tempelhoff, critically acclaimed Executive Chef at Greenhouse. Michael’s food philosophy is a “locally sourced, globally influenced” approach to cooking, paying homage to the ingredients from where they’re sourced.