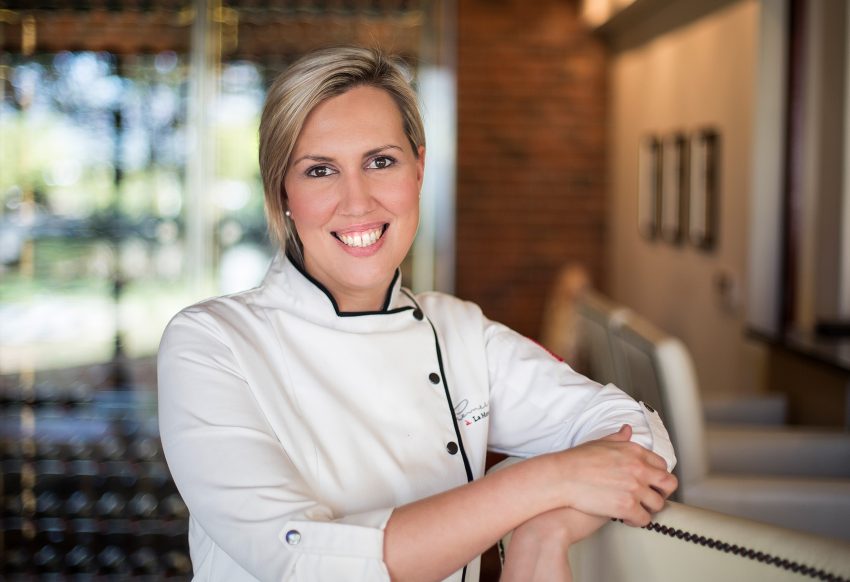 Chef Michelle Theron has been the Chef de Cuisine at Pierneef à La Motte Restaurant on the award-winning La Motte wine estate, since 1 May 2014. A part of the restaurant since it opened its doors in 2010, Chef Michelle is passionate about traditional food and dedicated to sourcing sustainably, fitting to a T the profile of the restaurant with its focus on regional Cape Winelands cuisine.

Michelle’s interest in all things culinary started as a young girl growing up in a typical South African home where daily activities were planned around mealtimes and produce came from a backyard garden. Her curiosity was fueled by culinary literature and her admiration for chefs such as Margot Janse, Dominique Crenn and Elena Arzak. After her culinary studies, Michelle cooked at various restaurants in the winelands as well as Cape Town such as De Volkskombuis in Stellenbosch, One.Waterfront and the Cape Grace in Cape Town and Laborie in Paarl – all contributing to her canny ability to express traditional flavours in a modern and on-trend execution. This skill makes her a wonderful asset to the Franschhoek-based Pierneef à La Motte restaurant, listed by the 2013 Eat Out DStv Food Network Restaurant Awards as one of South Africa’s top ten restaurants.

Since her appointment as Executive Chef of Pierneef à La Motte  Restaurant, Chef Michelle Theron has cooked in Michelin Star restaurants in the Netherlands such as Chapeau!, De Bokkedoorns and De Vrienden van Jacob. She also joined the chefs of Specktakel restaurant in cooking for special events and toured the food and fish markets of Barcelona.