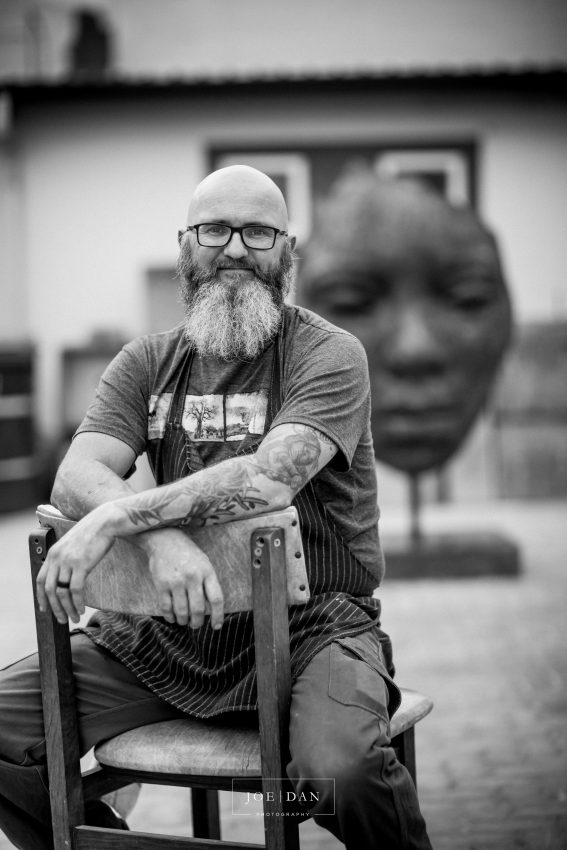 Chris has a fascinating and varied background, starting with cooking at home for his family when growing up in the Karoo. Chris’s Mom taught him how to make everything himself – from preserving jams, to butchering meat, to making jellies, biltong and tripe, but the most important lesson that stands out to him still to this day is how to make a little go a long way.

After leaving home Chris ventured into the fields of chemical engineering following a bursary grant through Iscor in the Natal, when he eventually realized that this wasn’t the field for him he shifted to dentistry- although still maintaining his love for cooking and all things culinary. Chris and his then girlfriend, now wife, worked part-time in bars and restaurants throughout his studying and working until they both decided that Chris should pursue his dream and study to become a chef.

After graduation from the Elsa van der Nest academy, Chris worked at the Cape Grace hotel under Chef Craig Cormac, before requesting to be placed at the busy Five Flies restaurant for his in-service training. From here Chris chose to leave SA for the UK and it was then that he met his mentor, Shane Osborn. Shane taught Chris urgency, precision and skill, and also allowed him room to explore his interest in chemistry and the analysis of all cooking techniques and processes used in the fast-paced kitchen.

Returning from the UK he joined Margot Janse at Le quartier Francaise as Executive sous chef and after 8 months they opened The Tasting room @ LQF which he ran as Chef de Cuisine for 4 1⁄2 years. In this time Chris spend a lot of time in Holland working with some Dutch chefs at Spectakel, Ciel Blue and Halvemaan exploring the origin of our “dutch” heritage and cuisine.

His global culinary experiences have taught Chris discipline, respect and passion for many different styles of cuisine, but it is being a part of a new food awakening in Africa that truly excites him. He is determined to promote the local food community to diners and industry alike, and is confident that our true haute cuisine has only just begun.

Chris now has moved on to pursue his dream of opening his own restaurant in Franschhoek called Foliage, and where Chris and he’s young team are creating comfort food from forest to plate.